Experience the thrill of:

The US Masters 2020 at Augusta National Golf Club, Georgia.

The great thing about Tuesday at the US Masters 2020? – You can take your camera in!

The Hyatt Place Columbia/Downtown/The Vista is the newest downtown hotel in the Capital City.  The hotel is located within Columbia’s premier art and entertainment district, The Vista.  A short walk will get you to over 70 restaurants and entertainment venues, the Columbia Metropolitan Convention Center, Colonial Life Arena and the University of South Carolina.

Tuesday Practice Day – players pick their own tee-times with the Tournament organisers, these are released on the day.

The course maximises its location, ambling from the Calibogue Sound through lush sea island forests and along wide stretches of pristine salt marsh. The course’s variety is achieved through alternate tee and hole selection that can accommodate every golfer’s game.

Tickets and Accommodation are provided to us on behalf of SGH Sporting Events. Normal findagolfbreak.com T&C’s apply.

The wonderful 27 hole golf course, once known as the University Club and now as Cobblestone Park Golf Club, is now open for you to play. Voted one of the best golf courses in the area, Cobblestone Park features the best design in Columbia. Panoramic views, rolling hills, beautiful oaks and pines take it over the top. As longtime Columbia area golfers know, this is the best golf experience in the area.

The golf course is a par 71 layout and plays at 6,713 yards from the championship tees. What the course may lack in length it more than makes up for with its small elevated and undulating greens, and clever (some say diabolical) bunkers. The competitive course record of 59 was established by USC-Aiken All American golfer Dane Burkhart on Sunday, August 14, 2005 in the final round of the Palmetto Amateur. Burkhart’s victory margin was 8 shots and he scored a record 20 under par for the four rounds of the tournament.

Two of the most noted observations about Palmetto were made by golf legends Ben Hogan and Bobby Jones. Ben Hogan said that “holes 3, 4, and 5 were the best back-to-back par 4s that he had ever played.” According to Dick Taylor of Golf World, Hogan also said that holes 3, 5, and 13 were three of his 18 favorite holes. Bobby Jones said that “number 7 was the best medal play par 3 he ever played.”

Probably the highest compliment paid to Palmetto was made by Dr. Alister MacKenzie in the May 1933 edition of the American Golfer Magazine. MacKenzie said, “The alterations at Palmetto have been such a success that the Chairman of Bobby Jones’ executive committee at the Augusta National writes me saying, ‘We have only one serious complaint to make against you regarding the Augusta National. That layout you designed at Aiken is liked so well that the Aiken colony does not seem to be the least bit interested in coming over to the Augusta National’.”

Hall of Famer, Gary Player and former PGA Tour Design Consultant and National Architectural Award Winner, Bobby Weed each used their distinctive design philosophies to create a unique 18 holes that will make you use every club in your bag. Hilton Head National is truly a player-friendly course that allows the weekend golfer to enjoy themselves but will also test the more skilled player if they wish to test the Black Tees. If vacationing on Hilton Head Island, Savannah or Beaufort County, the staff of Hilton Head National welcomes you to a memorable day of golf that will keep you coming back and back again. Experience what our local residents consider ”The Best of the Best.”

Scenic Haig Point Club features a 20-hole Rees Jones Signature championship golf course that offers two slightly different feels, depending on whether one plays the Haig or Calibogue variant. The course maximises its location, ambling from the Calibogue Sound through lush sea island forests and along wide stretches of pristine salt marsh. The course's variety is achieved through alternate tee and hole selection that can accommodate every golfer's game. 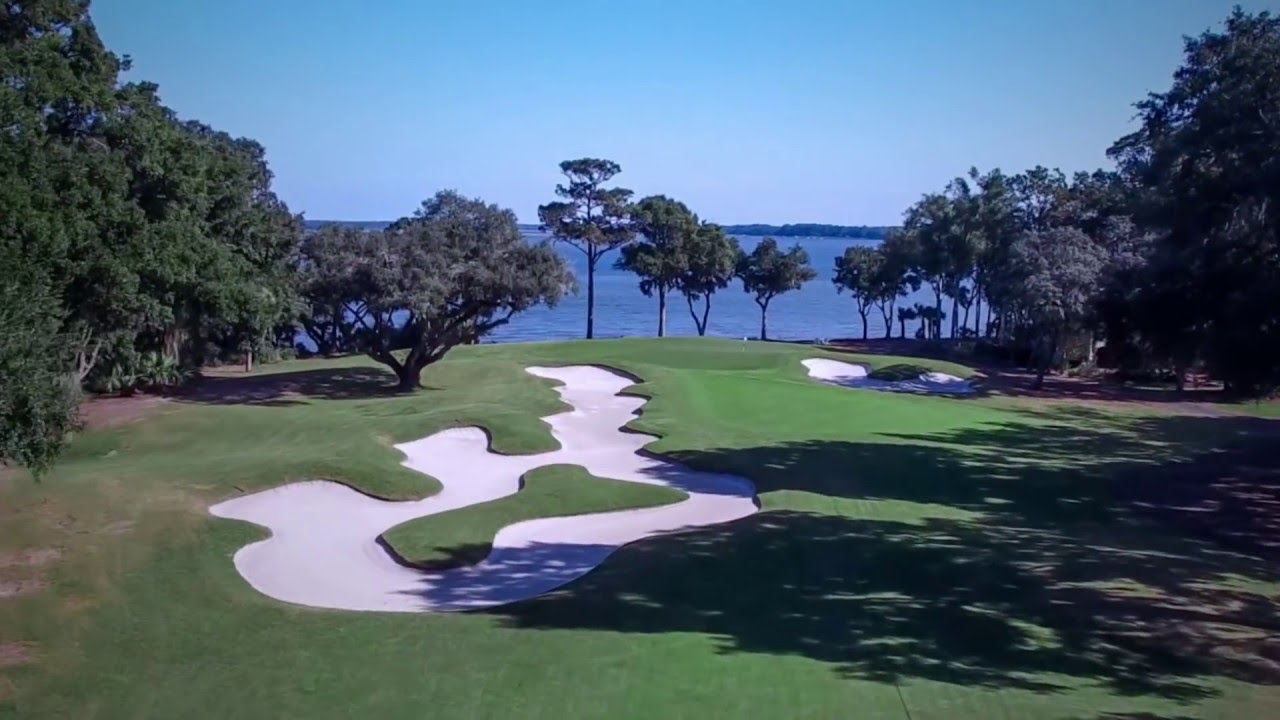